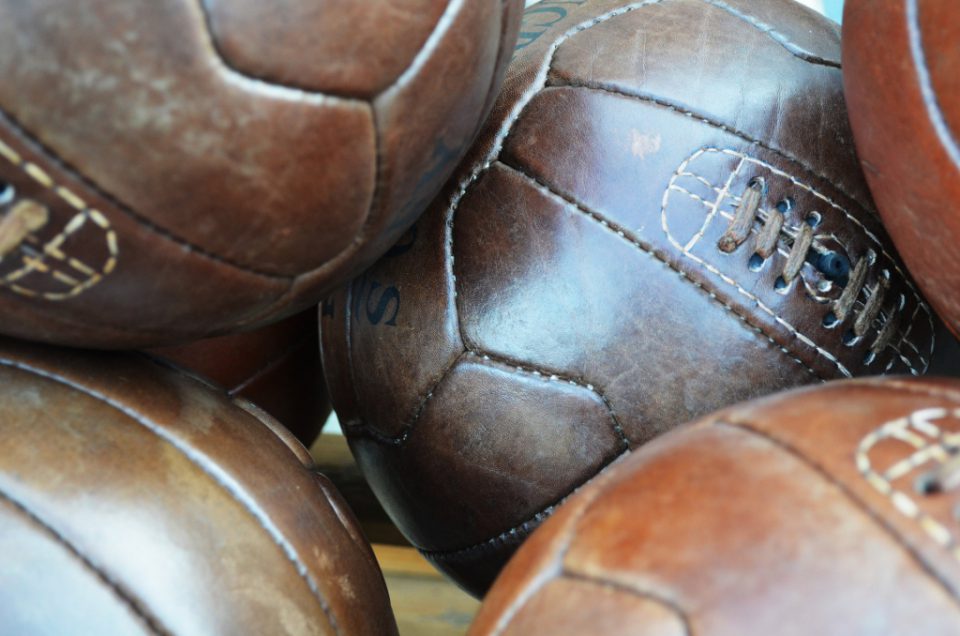 Although there are football reports from some earlier years, it wasn’t until 1901 that Bude Town FC was officially founded. The first club secretary being a local hairdresser called Jack Slocombe. The picture below is possibly the first known picture of the Bude team with their first trophy in the 1902/03 season. It was taken when they beat Bodmin 3-0 in the East section of the Cornwall Junior Cup. The home of the club has always been Broadclose and in 1926 the football club bought the ground by public subscription from Bude golf club for a sum of £600. The large wooden grandstand was erected in 1905 and it lasted for 83 years before finally being taken down and replaced by the current clubhouse. The team played in blue and white, the same as they do today. The largest gate at Broadclose was 2000 people for the final of the East Mid-Devon Midweek Cup played in 1928, although there were newspaper reports of much larger gates than this during the century.

The early league included teams from Camelford, Launceston, and Delabole, although how they traveled to these games were unknown. Euther way, they must have been a determined bunch. The earliest known team included players such as Bill Chopey, Bill Pickard, Archie Cann, Jack Abbott, Finlay Heard, and Jack (Puffin) Polkinghorne. After falling into financial difficulty in 1932, Mr. N. Keat bailed them out by raising £200 which in turn handed the ground over to the trustees. A new committee was elected and the club started to grow from strength to strength. This has been shown in the number of league titles and cups which have been won with men, youth and ladies teams – all playing throughout the century. The current clubhouse was officially opened on 22nd Aug 1988 by the now footie pundit Trevor Brooking who also played in a friendly match between Bude and Holsworthy which finished in a 4-4 draw.

The Bude Town FC today is in an advanced stage to redevelop the whole ground to include brand new changing facilities, grandstand, social club, an increase to two full-size pitches, (hopefully level) with the main pitch being floodlit. This will, in turn, provide the club with one of the most modern grounds in the southwest. Also, it will give the youth of the area a sports facility which will help develop their football skills to a higher level, along with the help of the 20 F. A. qualified coaches currently provided by the club. Recently attaining Community Club Status and Charter Standard Award, and with 10 youth and 3 senior teams, the club is very excited about the future. But, they aren’t forgetting that the past and the hard work put in over the last century is what’s made the club we see today.

The club has produced a book which commemorates the first 100 years of the club. It includes the earliest newspaper extracts of the club matches and goes through the years including ex-player (and their wives’) interviews and stories. It includes loads of photos over the years and is a superb read for anyone ever involved in Bude Football Club or just interested in football in general. The book is available from the club for £18. Go and get it today!